Saratoga Springs is definitely a horse town—but you could easily add “football” to that now. Fantasy football, that is. The New York Racing Association’s (NYRA’s) Saratoga Race Course, which closes its gates on Monday, September 2, will now be a prime location for live fantasy football drafts. (The National Football League’s first game takes place on September 5; most fantasy football drafts will be taking place in the weeks and on the weekends beforehand.) To that end, NYRA is now offering up the track’s ultra-luxury 1863 Club—as well as its Big Red Spring or Miller Lite party tents—to parties of 12 for hosting their fantasy football drafts. The 1863 Club experience, which would take place on the third floor’s bar lounge area or Curlin Cafe and cost $950, would not only have seating for a dozen, but would also include a “Riders Up Buffet” (a hot dog bar, chicken wings, cheddar biscuits, cookie platter); 48 cans of domestic beer; clubhouse admission; and most importantly, free Wifi (hey, unless you’re old-schooling it and doing your draft on paper, you need an Internet connection to draft Tom Brady).

If you’re scratching your head as to why NYRA, who manages horse racing at Saratoga, as well as Belmont Park in Elmont, NY, and Aqueduct Racetrack in Queens, is wading into the fantasy football realm, let’s just say it’s all about the numbers. As of 2017, just shy of 60 million people were playing some form of fantasy sports in the US and Canada, with more than 40 million of those taking part in fantasy football, per the Fantasy Sports & Gaming Association, a national fantasy sports and gaming trade organization. Demographics also likely play a major role: 71 percent of fantasy players are male, in their early 30s, educated and have an annual household income of more than $75,000. (All you have to do is look at the Grandstand or Clubhouse at Saratoga Race Course on any given day in season to realize that the horse racing and horseplaying worlds are literally raining men.) The real kicker? The fantasy football industry alone is estimated to be worth $7 billion. (Yes, billion.)

For more information about scheduling your live fantasy football draft at the track this August, click here.

By Will Levith, originally published here. 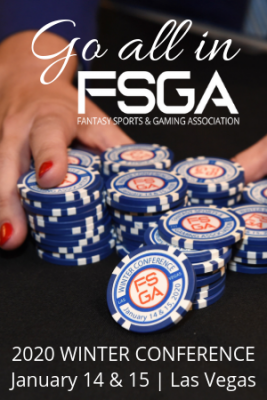